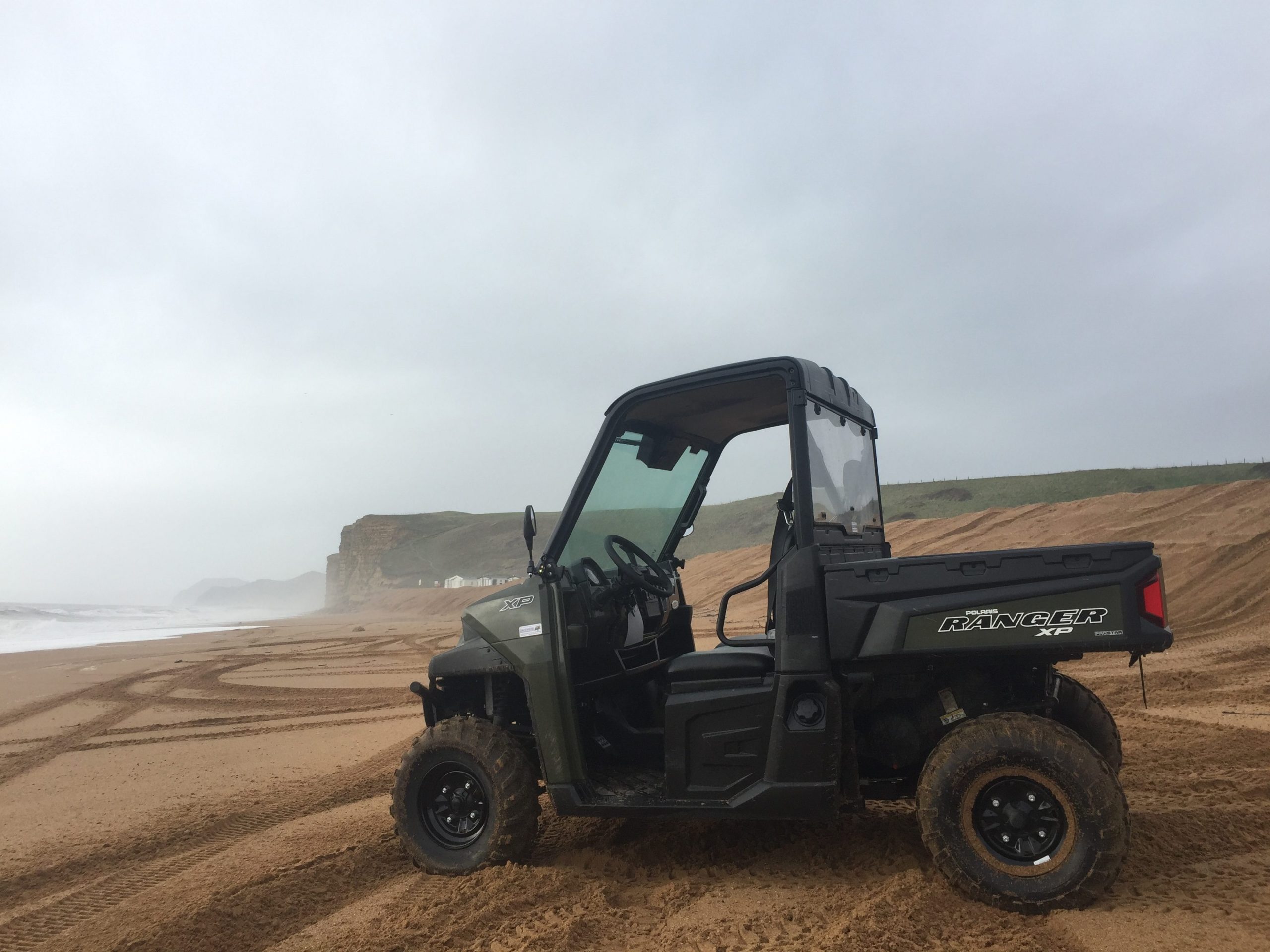 We were recently given the chance to test a Polaris Ranger on the South coast against a selection of other SxS vehicles. We jumped at the chance and grabbed our 900 XP demonstrator machine.

The machines we were up against were the John Deere Gator Diesel, and Gator UXV590i. We realise the 900 XP may have been a bit overkill, but even the Ranger 570 packs a hefty 44HP punch, compared the Gator’s 32HP.

The video speaks for itself really, the Ranger makes mincemeat of the loose shingle dune, whereas the Gators struggle to make the climb.

We were surprised the petrol Gator didn’t appear to have proper four wheel drive, whilst attempting to climb a rock we had only three wheels spinning, which can also been seen in the video below.  In a Ranger it’s true 4×4 and all four wheels put down the power when needed.

If you’re in two minds about which side by side to get, you can always book a demo of a Polaris Ranger with us here.

Polaris, the leader in off-road vehicles, has introduced the all-new Sportsman 6X6 Big Boss 570 EPS to the range. What’s really special about this ATV is its enhanced ability off-road with increased traction, range, capacity, versatility and more. The Big Boss has a longer chassis than previous models to accommodate more cargo and a second person. It’s unlike any other ATV in that it is specifically designed for customers who demand ultimate traction, massive payload and carrying versatility while taking you virtually anywhere in the most remote locations. The Engine Braking System (EBS) with Active Descent Control (ADC) and Electronic Power Steering (EPS) all come as standard and power is delivered by the highly efficient, liquid cooled, single cylinder Polaris ProStar engine packing 44 horsepower and plenty of torque. It’s also equipped with a 1.25” hitch receiver and has a 750kg towing capacity.

The Polaris Big Boss is the first 6×6 ATV built for two people and has the capability of hauling exceptional amounts of gear with the industry’s largest payload, a highly configurable Lock & Ride cargo system and integrated front storage, all 25.5 litres of it, plus a rack extender that can carry 41kg. The exclusive, fully integrated passenger system includes a raised second seat for more visibility together with hand grips and foot rests. Behind the passenger sits a 340kg capacity gas-assisted dump box with steel Lock & Ride bed rails, dual rear tracks and six high mounted tie-down points to ensure the biggest loads are secure. To complete the picture there is the legendary Polaris All-Wheel Independent Suspension with the furthest rear suspension travel of any 6X6 and 29.2 cm of ground clearance. With all this going for it you’ll have no reason for not liking the Boss. 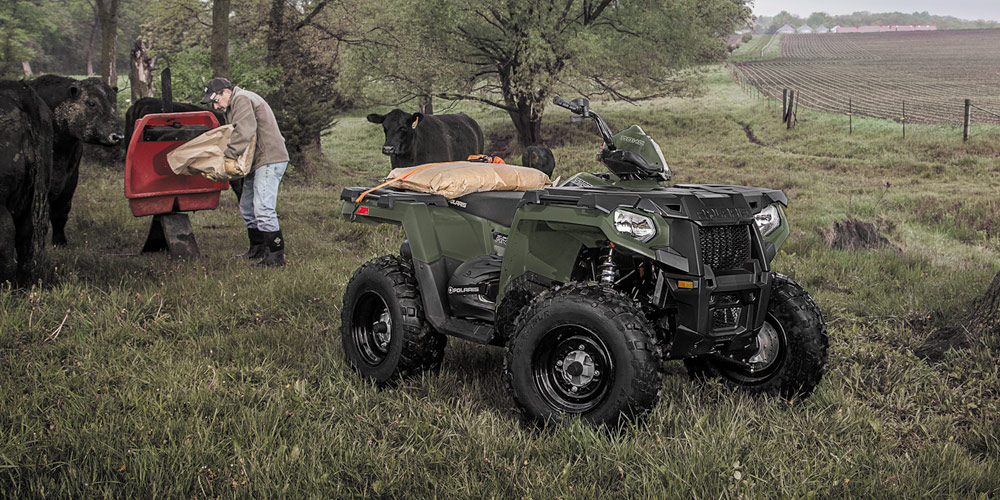 Big on performance, small on price, the new Polaris Sportsman 450 HO is in at David Webb Engineering Ltd from £4,275*. See all the features of this full size capability ATV for yourself but hurry as this offer is for a limited time only. Demonstrators available.

This customer is all geared up for the cold snap!  We were pleased to kit out his Polaris Ute with a Polaris Glacier ATV Plough system.

Attaching the plough is a breeze – simply drive up, then use the winch to lift the plough and lock it in place.

We can also supply grit spinners to attach to the rear of your ATV to keep the ice at bay once snow has been cleared. We love a custom build, and this one was no exception.  Completely customised to meet and exceed our customer’s expectations.

With a new reduced pricing structure on many of the Polaris cab accessories it may not cost as much as you’d think for that extra bit of comfort, and to have a cosy retreat from the British summer!

We recently customised this Ranger 1000 Diesel to our customers own specifications.   Please get in touch for a quote or further information.  We are currently able to offer 0% interest finance on the Polaris Ranger Diesel and NFU members can benefit from an additional 5% discount.

We were recently approached by a customer asking if we could provide a Polaris Sportsman quad with pallet forks enabling them to move clay pigeon traps across rough terrain with ease.

The design brief was simple – the customer was using a large JCB to move relatively small pallets with a clay pigeon trap affixed to them across rough terrain. They wanted to carry out this task using a quad – firstly to reduce the high running costs associated with the JCB and secondly to minimise the impact on the land – the much lighter quad is able to glide over soft ground without leaving unsightly and inconvenient ruts.

We were able to manufacture pallet forks to fit a Polaris Sportsman that included a safety catch – once the forks are raised a safety lever needs to be activated to lower them. This not only prevents the forks digging into the ground at speed should the winch rope fail but also allows the forks to be stowed securely in the up position freeing the winch to be used for other tasks.

Not only are these pallet forks allowing the shoot to save money by no longer requiring the large JCB, they were also provided at relatively little cost and 0% finance! We can also offer 5% discount to NFU members. 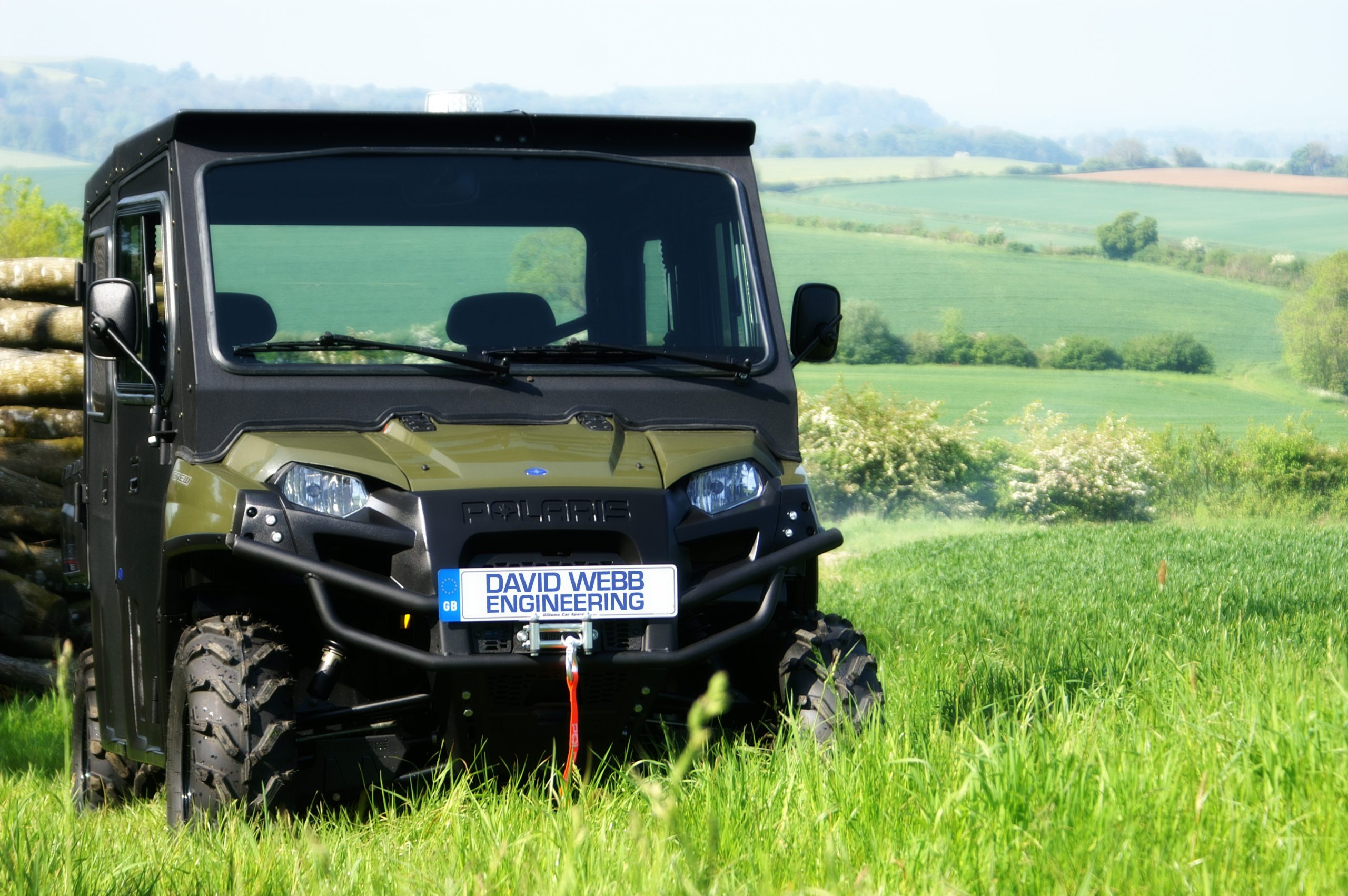 Our customer needed a dependable workhorse to move skiers and their equipment around the Alps.

The 6 seater Ranger Crew was selected for the base vehicle and this was then customised by David Webb Engineering to fit the needs of our customer perfectly.

Additions to the Crew include: 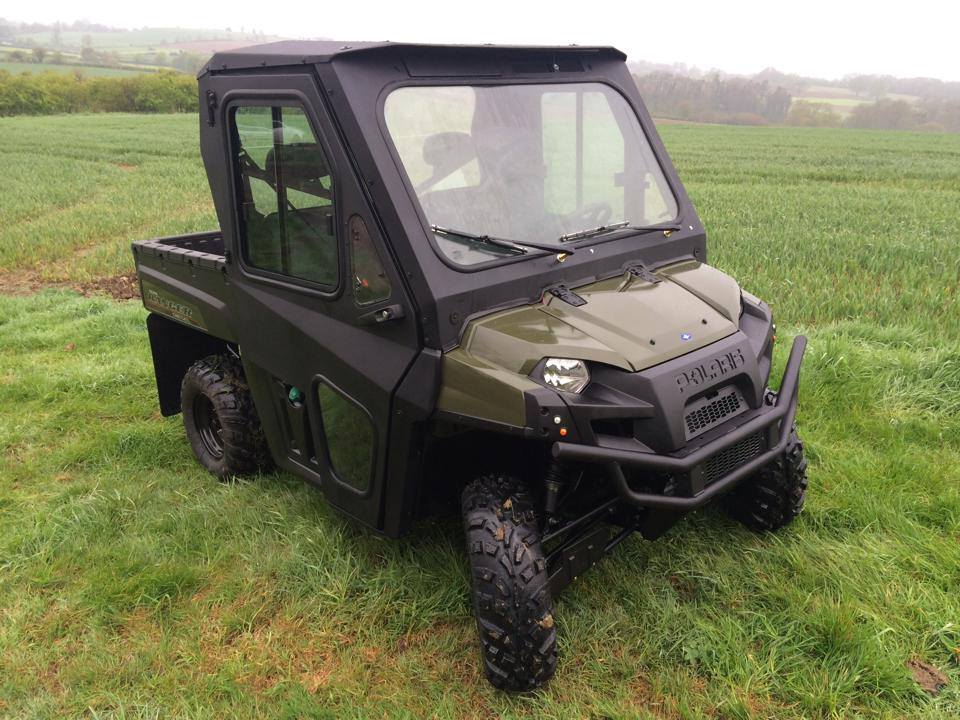 We can supply the Polaris Ranger with pretty much any accessory you can think of. This farmer wanted to take his young children along for the ride whilst carrying out his daily duties so he opted for a heater and full Pro Steel cab and doors. The 3×3 point seatbelts ensure his children remain where he puts them!

We also added a set of custom David Webb Engineering mudflaps at the rear, and mud protectors to stop mud building up around the engine compartment whilst not affecting cooling.

This Diesel was finished off with a road kit which included indicators, side lights, hazards, twin wipers and horn.

Talk to us today to find out how we can supply a custom machine built for your needs, or if you have one already you’d like to enhance. David Webb – 07968953617. 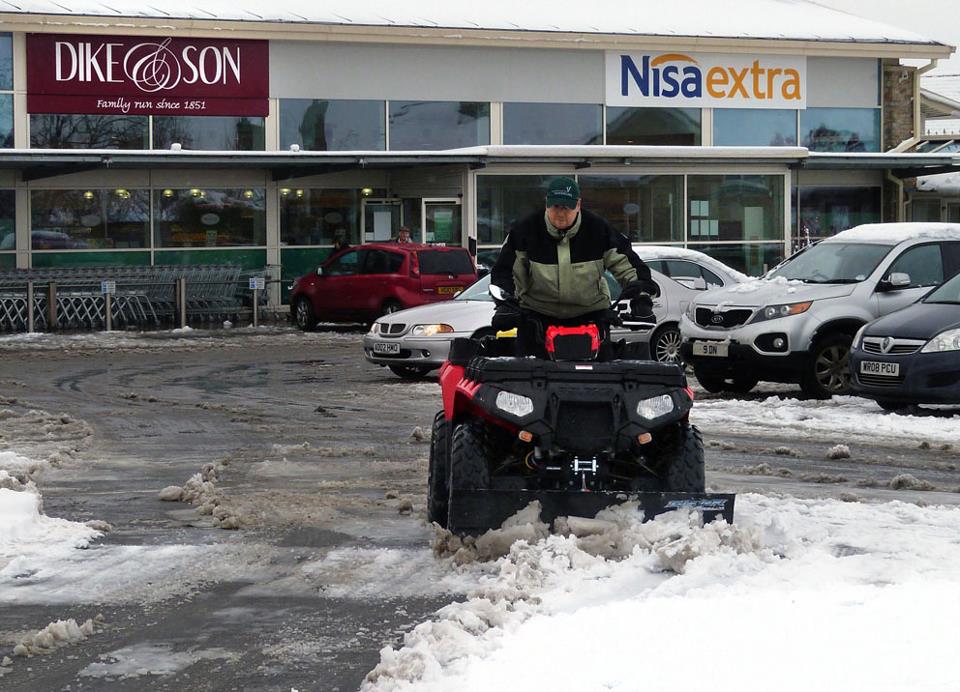 Luckily Andy had foreseen such an event and was well prepared with a Polaris Sportsman equipped with a snowplough and gritter supplied by David Webb Engineering.

The snowplough cleared the slope into the shop car park allowing locals to still shop for essentials during the cold snap, while the gritter helped disperse the remaining ice and prevent re-freezing. 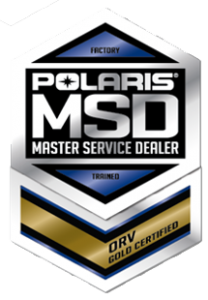